We've had a lot of wind and rain but so far not a lot of snow. Last year was the same and then we got five metres of snow in six weeks. So folks around here are a bit nervous the same thing will happen again. In the meantime the poultry are enjoying their freedom. Here are a few pics from around the yard including the ducks, some spinach and beets still growing and even our turkey Tom showing off and his new wife whose feathers are growing back nicely on her neck although it does look very spiky right now. We should call her maleficent. Despite having been repeatedly frozen and covered in snow and ice the greens are still good. Just more evidence that young green leaves can withstand freezing temps better than older ones and that we can grow things in Nova Scotia even if December as long as they're the right hardy vegetables. It's all part of the season extension plan. 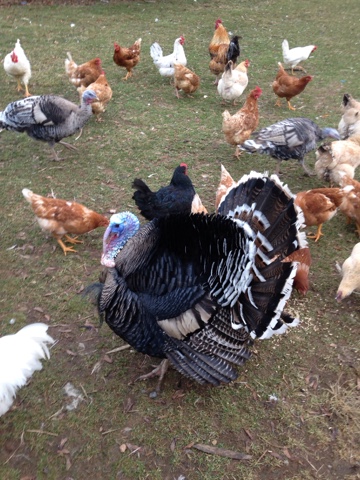 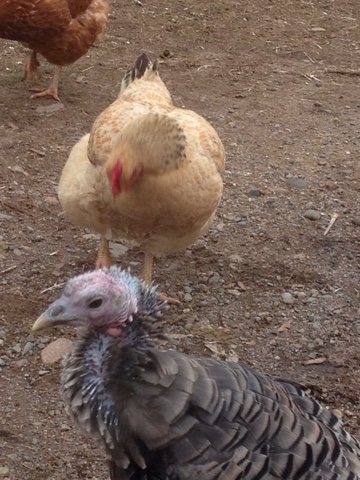 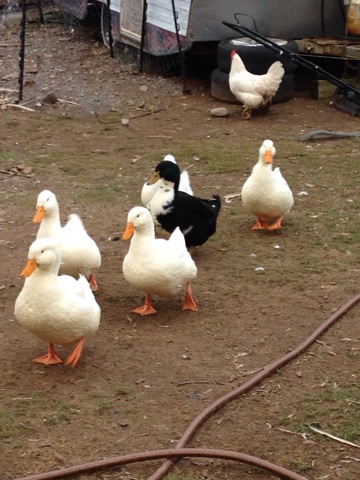 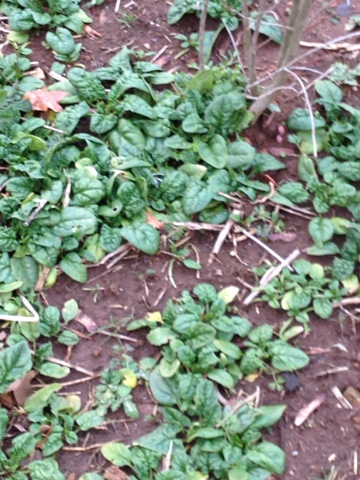 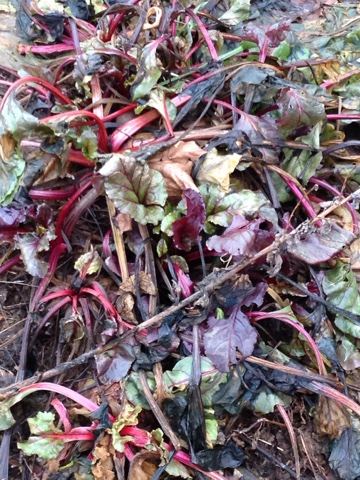 Posted by Elizabeth Faires at 8:20 AM