The debates over raw vs. pasteurized milk continue. For almost 80 years both camps have debated which was healthier for you citing study after study. Governments have waded into battle and unilaterally declared raw milk as the enemy, making it illegal to sell or buy raw milk in many areas of the world and in Canada even going as far in most provinces to make it illegal to trade or give raw milk away. Well, I have drunk a lot of raw milk and I'm still alive to tell the tale. Here's an interesting article about a study from Harvard School of Medicine about the safety and health benefits from raw milk. http://www.digitaljournal.com/blog/16503

If the government has it's way we will be able to raise genetically modified cows for their low lactose milk or their Omega 3 enriched milk, but we won't be able to trade raw milk with our neighbours. I've written about milk before so I won't go into the details but here's another interesting article

As for our farm, we have less of a worry now because the kids are leaving home one by one and we drink a lot less milk. But I'm still thinking maybe a little Jersey or Guernsey cow and some milking goats would be good for butter and cheese production. 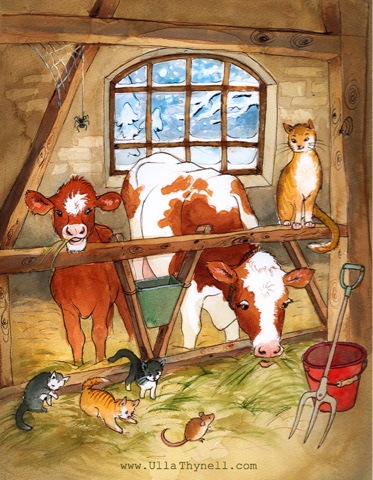 Posted by Elizabeth Faires at 7:33 AM

Email ThisBlogThis!Share to TwitterShare to FacebookShare to Pinterest
Labels: milk