The Troutpocalypse and Ticked Off

Well it was another busy weekend. Our fish arrived but there were a few kinks getting them set up and happy. We seem to have solved the problems by adding a couple of air stones and covering the pond with a pallet to provide both shade and protection from the dog and her drinking habits. She literally scared them right out of the pond. By the time we found them they were clinging to life but Steve did manage to save a few. The dead fish went into the chicken pen so that at least they weren't totally wasted. And this morning there were a few more which made me pretty angry and frustrated but now I'm pretty sure there is something hunting them. I can't imagine why they would jump out of the pond and then make their way 6-8 feet away. I'm going to cover the entire tank with a cover that goes all the way over and see what happens overnight tonight. 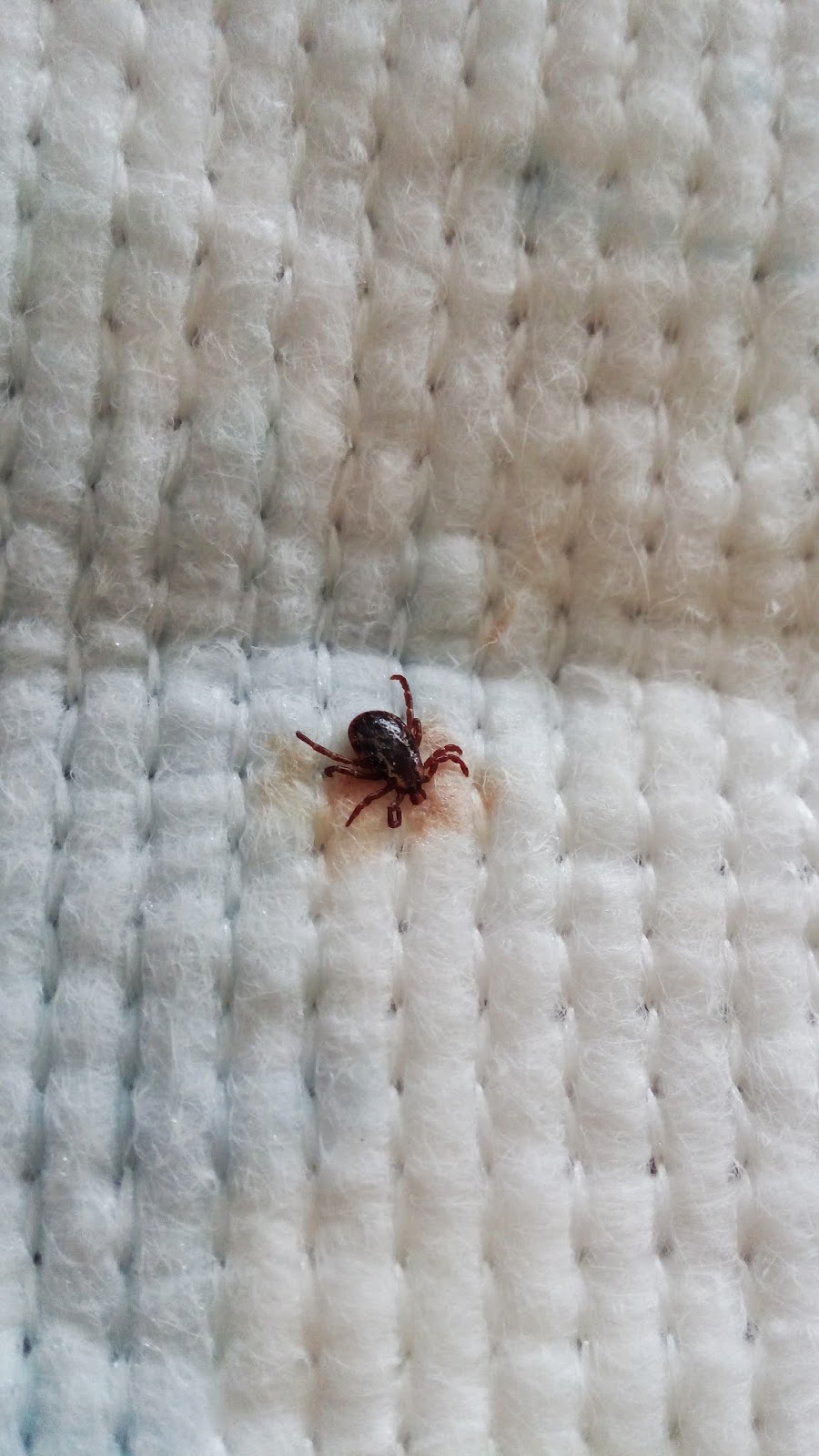 Also, a yucky discovery this afternoon was a new mole on the top of my arm, a mole with legs. Yes, my first embedded tick of the season. I've managed to get them all just brushed off so far but I must have gotten this one yesterday so it had all night and morning to decide a good place to stop for a snack. The first thought with a tick is always 'I've got to get this thing off ASAP' and so there's a small irrational bit of panic. Well, I grabbed the dish soap and a clean cloth and covered it in the soap before placing the cloth over. After a few minutes that seemed more like 20, I was able to get it off and take a pic. Now it's floating in a bottle of citrus cleaning solution until it's dead and relocated into the compost. But just thinking about it still gives me the willys. Bleuch!! Just to creep you out too I'll post a photo. The blue on the cloth is the soap. The brownish red stain is, well, you can guess. It didn't leave too big of a hole and I covered it with some Melagel so it'll heal faster and keep out any infection. The tick wasn't very swollen so it can't have been there long so I'm sure I'm fine for not getting Lyme disease.

There's a good steady rain falling so I'm using up a batch of sourdough starter and making bread. The rain will be good for the garden and that means tomorrow I'll be able to go plant some more in nice damp soil. In the meantime I'm stuck indoors and working on stuff so it's good because I have lots to catch up on.

UPDATE:
Well, our fish experiment has so far been a complete failure. Due to people knocking off the air supply hose and the water hose being left on, we have effectively managed to suffocate all but a meager few of our trout. It's a very sad disaster, and not one I will repeat this year. I may go down to the brook and catch some wild trout but we'll have to see how I'm feeling about the whole thing later today. I think I'm just going to work on fencing today and planting. It's pretty depressing. I think I'll go empty our composting toilet as it needs doing anyways. Sigh.

Posted by Elizabeth Faires at 12:21 PM