Colony Collapse Disorder - I Have Questions

This is a posting for all my fellow beekeepers out there, both large and small. And to anyone who is interested in bees.

Albert Einstein once said "if the bee disappeared off the surface of the globe, man would have only four years to live". And while Einstein said many crazy and outlandish things (lots of his stuff was totally off the wall)...there is some truth to this one.

As I previously posted last week in 'the humble bee', bees are responsible for about 30-35% of the foods we eat. But grains like wheat, corn and rice are wind pollinated so we'd have bulk foods in our diets despite what Einstein said. He was right in one sense that although we'd be getting a lot of fiber we certainly would be missing large amounts of vitamins and minerals necessary for a healthy and balanced diet. Another consideration is that there would be less weeds too because many of them are dependent on bees for pollination, however while on the surface this seems like a great thing it's not. Nature strives for balance and many of these 'weeds' are beneficial to the soil bringing nutrients from deep in the sub soil to preventing erosion. See, mother nature has it all figured out, it's us humans that throw things out of whack.

I want to know what you know about Colony Collapse Disorder - CCD. Rates for this last winter seem to be up to between 30-35% of all colonies in North America with some people losing no bees and others losing over 50%. I understand there's a documentary out called 'Colony' that talks about this subject mingled with some social and religious commentary. But I'm not too familiar with CCD because it seems to be affecting bee yards a bit less where we are on Vancouver Island. It was only fairly recently that the varroa mite was introduced here by accident (that's another story altogether). Our extended flower seasons make starvation and lack of bee nutrition less of an issue here than it is for the thousands of colonies constantly moved about the US and robbed of honey on a continuing basis. Are the stresses they are subject to contributing factors in their decline? Do they make them more susceptible to something we already know about? 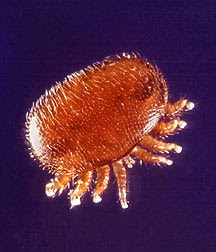 What exactly is going on? What is causing these adult bees to go out for pollen simply never to return home again? Why are they getting lost? Since the exact cause of CCD is unknown but believed to have several contributors such as pesticide poisoning, bacterial infections, mite infestation, weather and climate change, inbreeding, poor nutrition etc. that all cause stress to the colony, what can we do to help them?


If you keep bees I want to know what your management practices are and how you think this affects your susceptibility to CCD. Do you know? Have you thought about this? Do you take this into consideration when planning the care and maintenance of your colonies and equipment?

This past winter saw the loss of many local hives due to bad weather. Obviously it's important for us to distinguish between losses due to known causes such as weather, disease, lack of food, bear attacks etc. so that we can keep accurate records of CCD. Do we need to have some way of monitoring those who have poor practices in caring for their bees vs. those who are vigilant? Then there's the case of conventional practices vs. organic methods of pest control within the hives. Oh this is going to be complicated! And there are more questions than there are answers. But with bees doing over 80%+ of the pollination in the world, it's something we're going to need to look at sooner rather than later, before it's too late.
Posted by Elizabeth Faires at 5:31 PM