BC Gasoline and Carbon Taxes 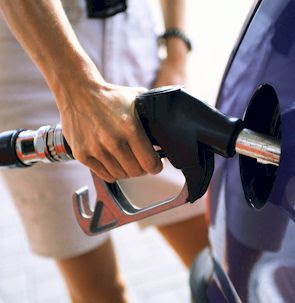 Well, with the work we can pick up while on the road it looks like we're getting closer to having enough money to buy gas. Even with BC's Carbon Tax. The Carbon tax is unique in Canada in that it is a provincial tax but increases over time. B.C. introduced its carbon tax in 2008 at about 2.4 cents per litre. Right now it's up to 5.56 cents per litre from 4.45. It was originally slated to rise to 7.24 cents per litre next July, but recent government estimates peg the increase at about 6.8 cents per litre. The Carbon Tax is a measure used to raise funds to help int he fight against Global Warming and the Gordon Campbell Government legislated the annual increases on July 1st so that they can meet their goal of reducing emissions by 33% by the year 2020. I'm pretty sure that BC is the only province to have a direct from consumer carbon tax that increases over time and where the money is earmarked specifically for green initiatives. I like a consumer based tax system. Basically, you use it, you pay for it. It's bad for those of us who spend over $5000 a year in fuel for work but of course we're contributing to the problem so it's only fair.

The current gas price in Qualicum is $1.27.1 per litre. That's the equivalent of $4.83 per US gallon. And it's been worse. Of that $1.27 about 33% is taxes and levies with the remaining percentage the cost of delivery, refining, extraction, and profits to the companies involved. The exact amount varies depending on your location within Canada because each Province and city can charge extra taxes. There's a fairly up to date WIKI article about it here.

I think the most I've had to pay for gas was $1.49 per litre or $5.66 US gallon. Ouch! I guess if we really believe that we've reached Peak Oil (the point of declining reserves) then we can only expect the price to continue to steadily rise. That's it...better get driving before the cost gets any higher!

If you want to know the current price of gas in Canada or the US, you can check out gasticker.com

Have a wonderful day!